.... Hello!  Earlier this week I mentioned re-purposing a recipe box that I'd made last year to store cards.  I promised a few photos, so here they are: 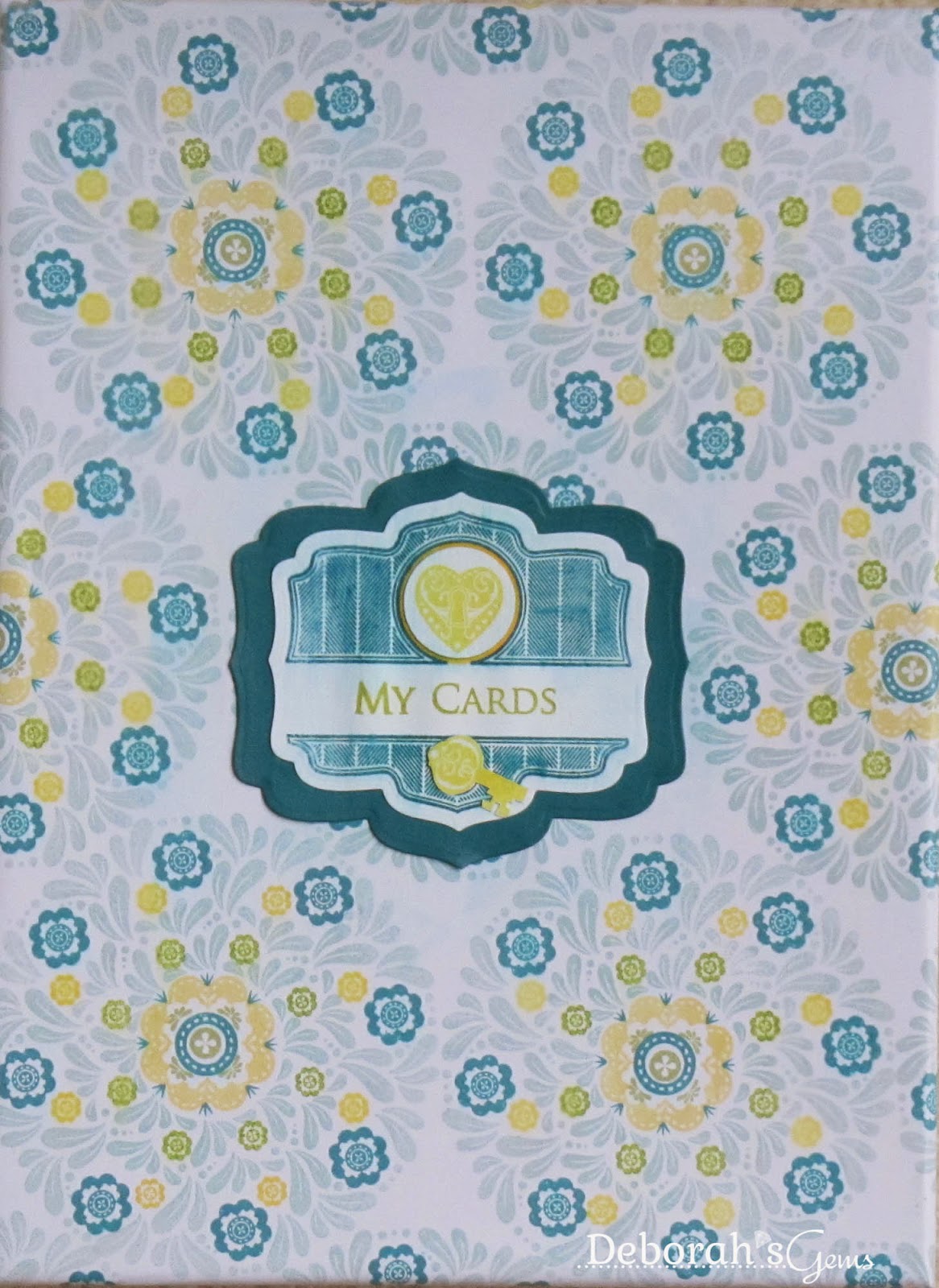 I removed the previous label, which read "From my kitchen" and stamped the frame on to white card, die cut it with the matching Spellbinder die and added a lock and key. 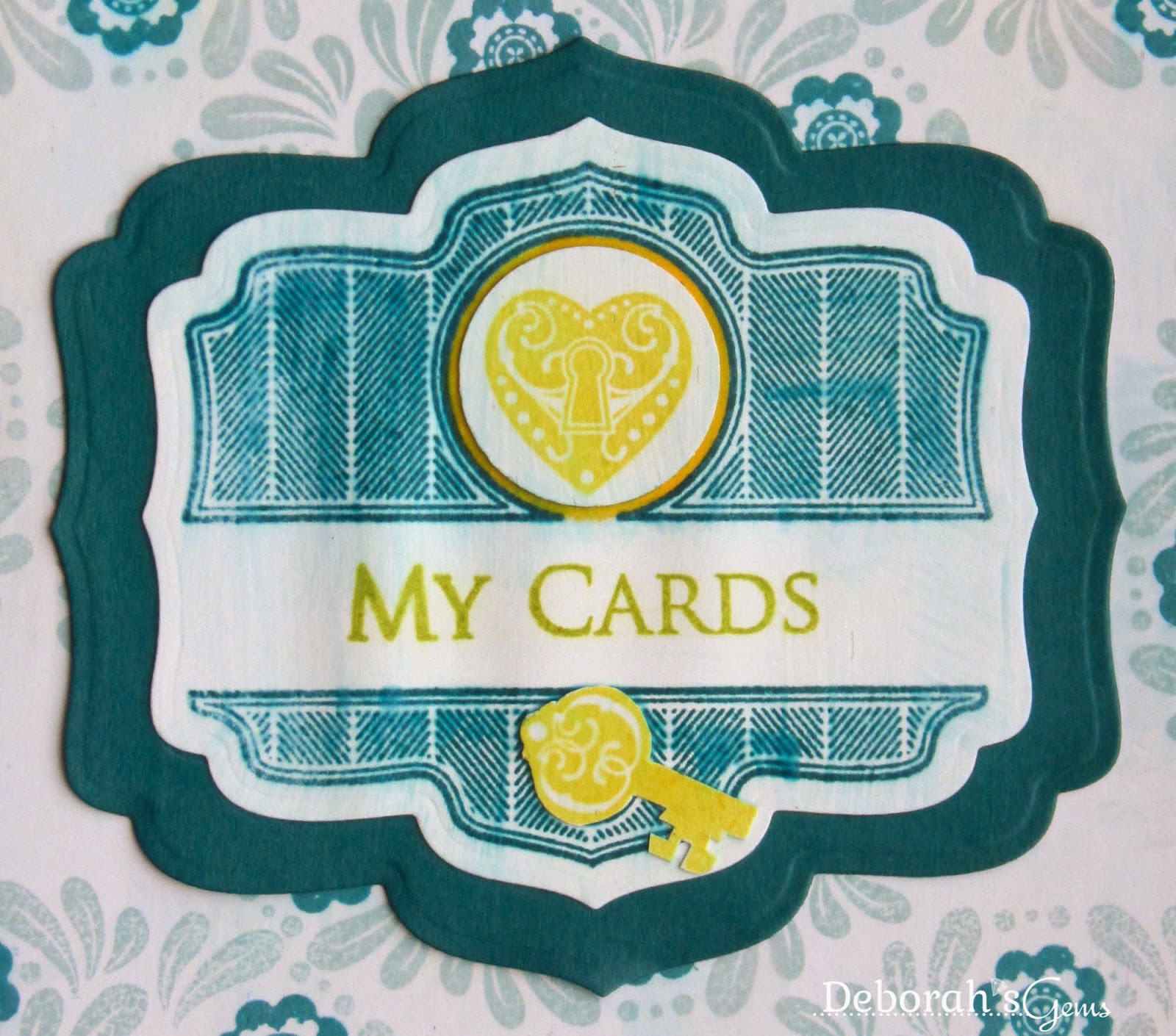 Here's a close up of the label - it's very slightly blurred as I had to cover the image with matte media and because the inks aren't permanent, they moved a bit!  Still, overall it's fine. 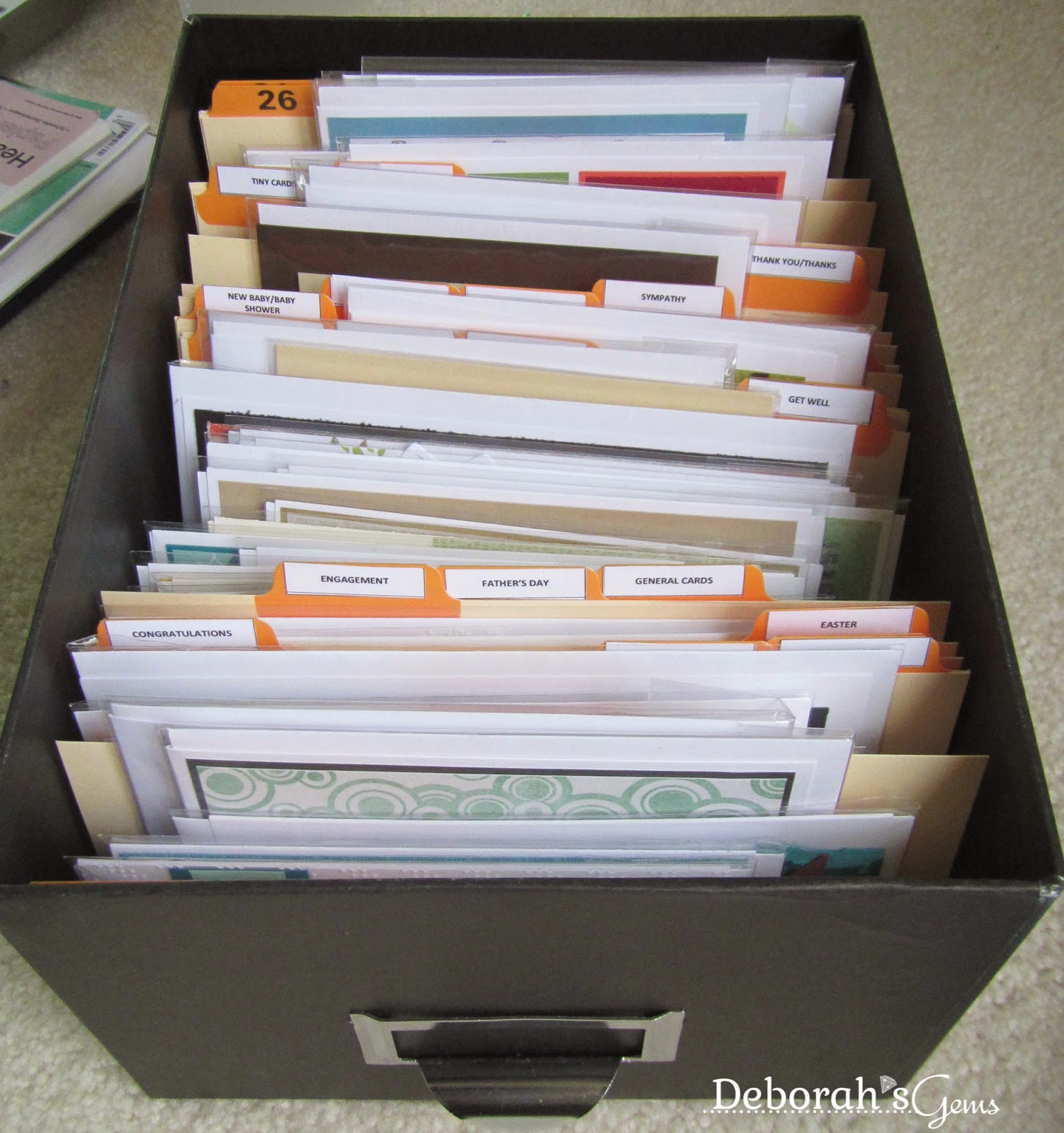 For the inside I made some labels to cover the numbered index file dividers.  This really makes it much easier to find cards that I've made.  It also revealed some big gaps in my card stash!!  There are no Christmas cards in this box - I keep them in a separate box as, by the end of the year, I hope to have about 140 cards ready for dispatch.  For details of how I made the cover for the lid - check out the Friendly Feature on WMS Blog.

Next month is Jonathan's 50th birthday and we are having a big party for him.  I was originally going to have it based on a Dr Who theme; Jonathan is a big fan.  But when I was talking about invitations, Jonathan suggested a Hawaii Five-O theme.  I set about creating a logo based on the Hawaii Five-O TV show logo and I'm really pleased how well it turned out.  I used Publisher to create the invitation cards, double-sided the printing, cut them to size and then finished off the cards by stamping the surfer dude and an island on the reverse.  Here are views of the front and reverse of the invitation - I've blanked out the details. 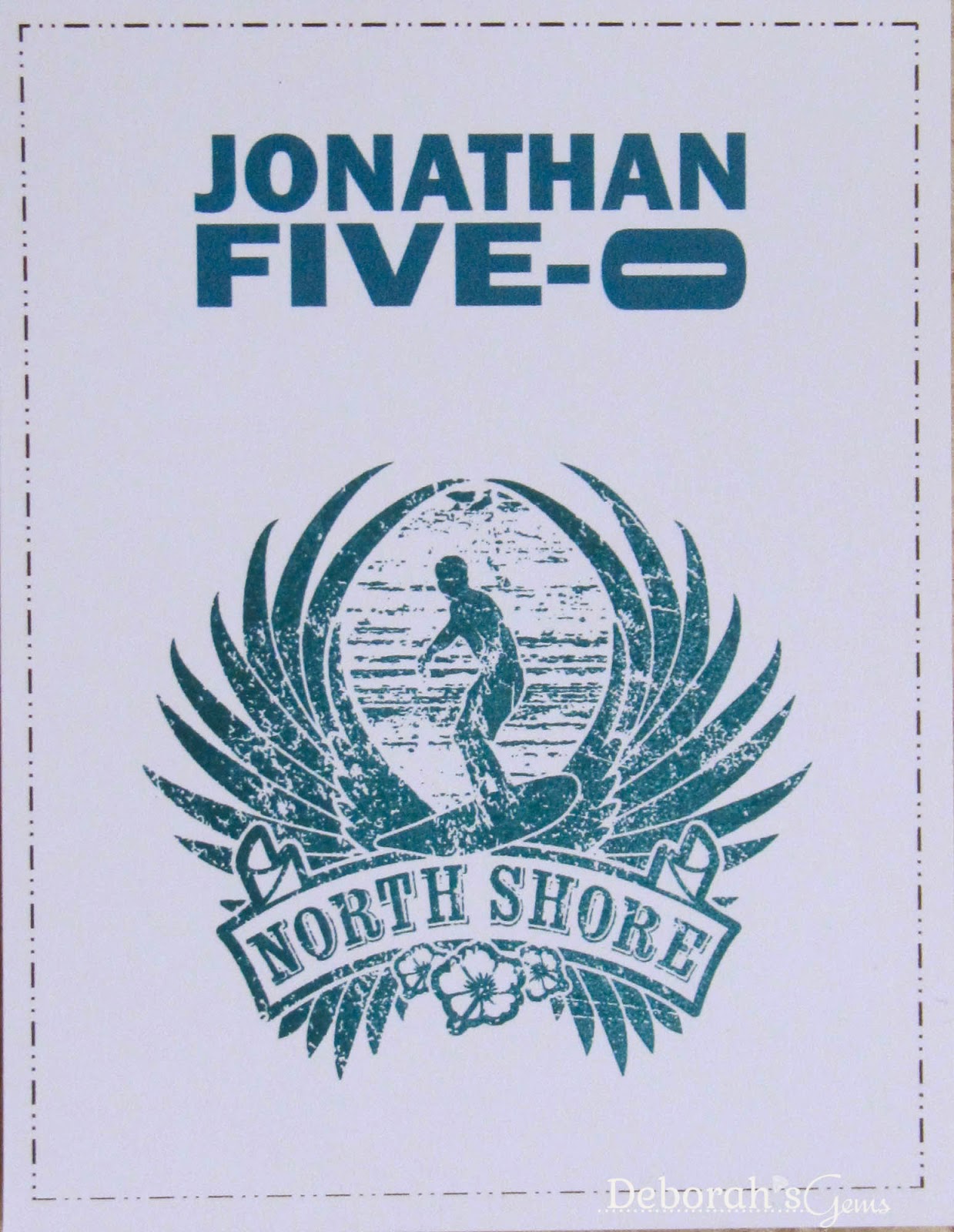 The invites measure approx 4" × 5".  The main logo was created in Publisher and I printed it off several times to match it as closely as possible to Island Indigo - it's close!  I added the dashed border to help me when I cut out the cards.  On the reverse I printed all the party details: 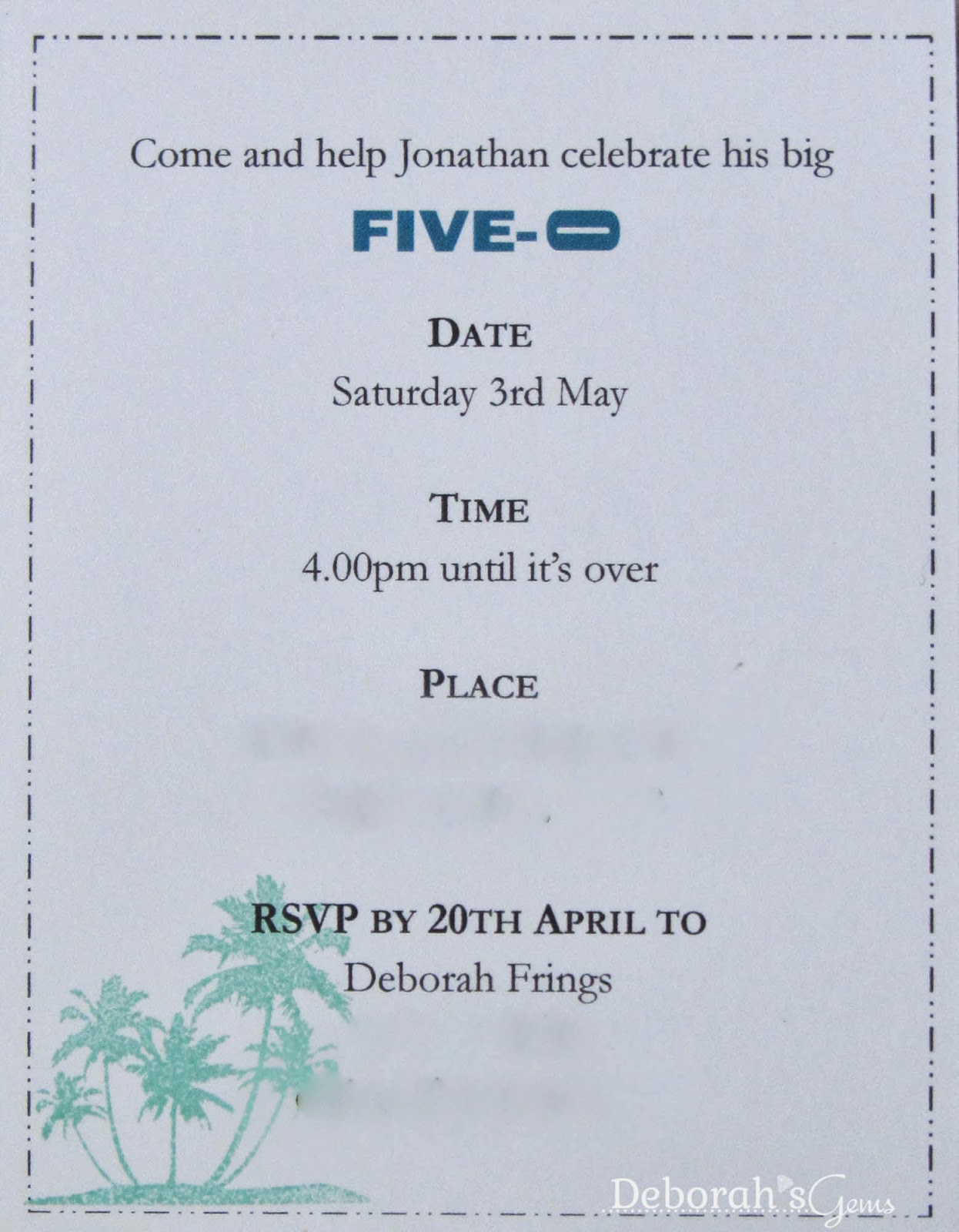 Hopefully, by the time of the party spring will have arrived and the tropical Hawaiian theme will not be out of place!!!  For the next few weeks I'm going to be organising food, drinks, tables, chairs, tents and, of course, the cake!  I'll share photos of the party later.  Oh, by the way, here's the Hawaii Five-O logo:

I think I got quite close - the hardest bit was getting an O the right shape and size!  That's all for now - enjoy the rest of your weekend!

Oh Deborah what a fantastic idea! I love the theme for this milestone birthday and your invite design is stunning! Fingers crossed for a bit of tropical weather for you all!

Love the card organiser too and really must do something like this myself - the drawer I'm currently using is just not cutting it!