.....  Morning!  I hope you've all had a super weekend.  Mine was mostly okay - I'll explain later.  In the meantime, it's my turn to host a post at Airless Chambers where we share Rick St Dennis's darker, more alternative images - zombies, horror, monsters, steampunk, and other things that go bump in the dark.  My birthday card features a monster: 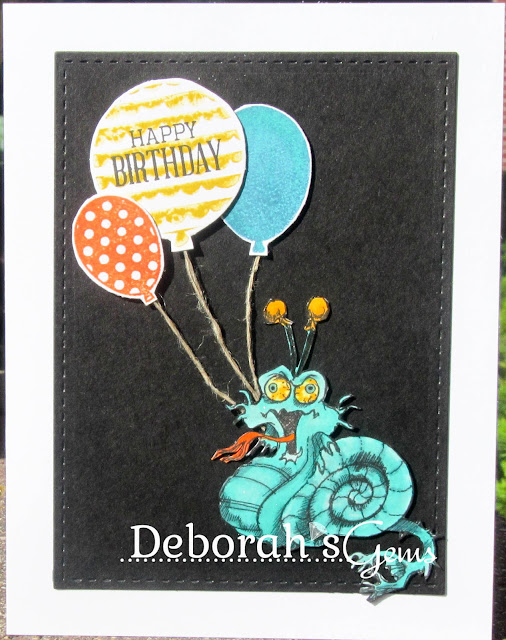 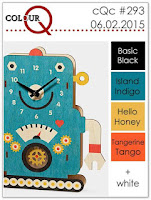 I actually think this monster is kinda cute!!  I used the colours from this week's Colour Q - cQc#293.  I printed the digi on white card, coloured with Copic markers and cut it out with a scalpel. Love the Snailian's mad eyes!  After I cut him out I added sparkle - he's an alien monster, so he should sparkle!  I stamped a number of balloons on white card and cut them out.  I stamped the round yellow balloon on a patterned stamp from SU and used the stamped oof image for my balloon.  I added a birthday greeting to the balloon.  I attached some string to the balloons and attached them to the card with dimensional gel.  I hide the strings behind the snailian.  I used Lil Inkers dies to cut the black mat.  On the inside I cut a mat layer of black and added a birthday present to the white panel. 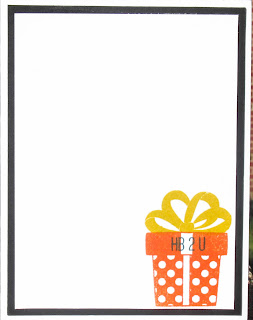 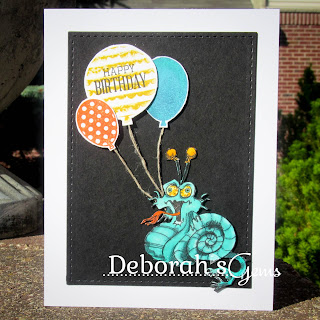 Here's a close up of the cute monster Snailian - he really does shimmer and sparkle, especially as I took the photo in bright sunshine! 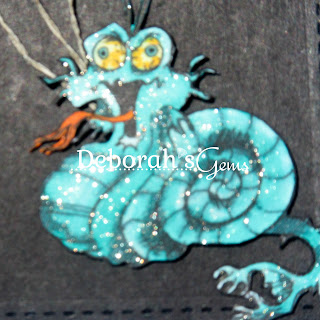 If you like this little monster - Snailian Digi, you can find him and several of his friends at Rick's Zibbet shop.

Now, the reason that my weekend was only mostly okay is that I had to weed the garden.  Last Friday I had a visit from the Northville Ordinance Police - someone had reported my garden as having too many weeds (they're not wrong), but I was rather taken aback!  While I love a pretty garden, I actually hate gardening!  So I spent three hours on Saturday morning pulling out the weeds on the front and sides of the house.  I've still got the back to do, but that's a job for later today.  The rest of the weekend has been great.  I did manage to get into my craft room on Saturday and had lots of fun.  Then yesterday Kathryn and I went to a photo shoot in Pontiac with one of our favourite models, Rachel!  Such a beautiful women - inside and out! 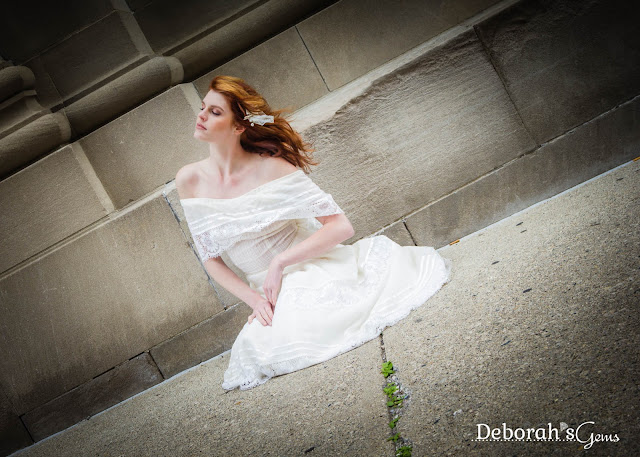 Jonathan is away for a few days at a photography course in Illinois.  And this is Kathryn's last week at Meads Mill Middle School - she's got some finals this week, but finishes on Thursday and then is on holiday for 3 months!!!

That's all for now - got to go and finish the weeding.  Do come back tomorrow!  See you!!

Email ThisBlogThis!Share to TwitterShare to FacebookShare to Pinterest
Labels: Airless Chambers, Colour Q, RSD - Snailian Digi, SU - I Think You're Great, US - A Gift For You, US - Balloon Bash, US - Label Love Birthday

What a fun birthday card, Deborah, love that dragon! I hope you and Kathryn have a wonderful summer, how about your son, will he be with you? Thanks for playing with us at the colourQ.