.... Good morning everyone - I'd like to say thank you so much for all the lovely comments I've received on the Funky Feather Christmas tree card and my sweet Christmas Tag with tree and mouse that I made for the Waltzingmouse PJ Party.  I haven't had time to get around all the cards and decorations yet - been busy with visits to the cinema and a Dr Who party - but I will get there later today.

So I thought a quick review on the movie - The Hunger Games: Catching Fire,(linked here to a much longer and very good review) and also on The Day of the Doctor.

Starting with Dr Who.  I think most of you know by now that we are great Dr Who fans in this family ;)  All last week we were watching the little clips released on the Internet.  By the time Saturday arrived, we were all very excited - and our excitement was rewarded.

Saturday was the 50th Anniversary of Dr Who.  This special episode was written by Steven Moffat and featured three doctors - the current Doctor (11th) Matt Smith, the 10th Doctor David Tennant and introduced the War Doctor played by John Hurt.  The show was broadcast simultaneously around the world which meant we watched it on BBC America at 2.50pm (no adverts either).  We had friends around to join us and while the children played - we watched (or tried to) the show.  Steven wrote a story about an alien invasion that turned into something so much more.  I can't give away spoilers.  I loved it!  So did Jonathan.  So did Kathryn.  We had a super party with lots of fun, suspense, chat and laughter and I even baked a cake!! 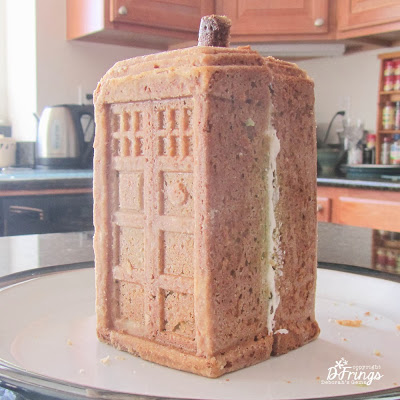 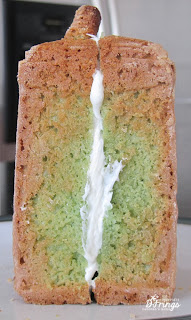 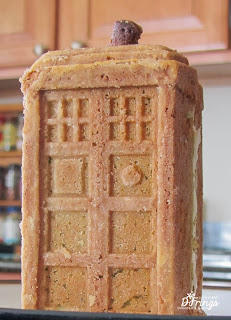 I bought some cake molds recently and made this little Tardis.  I tried to colour the cake blue - you can just about see the colour on the side view.  It's a bit wonky and there are no decorations, but it tasted great!  Jonathan, Kathryn and I watched the encore show again at 7.50pm - it was even better second time round!

Moving on to HG:CF - you know the basic story.  Very wealthy, spoilt rich district ruling over several poor, starving districts which every year have to provide "tributes" to the Hunger Games.  The "tributes" being young people who go to the game to fight to the death.  The games are televised to the population as a way of maintaining control and showing that the winner (survivor) can enjoy the riches and wealth of the ruling class.  Along comes Katniss Everdene - who does the unexpected and wins the hearts of the population as well as the Hunger Games.


Some action photos from the film.

That brings us to this movie - and the underground movement is gaining momentum with Katniss as a sort of figurehead - she is not aware of this.  The President changes up the HG concept by getting back old winners and making them all fight each other, but - and I'm not going to reveal more - as they would be spoilers.  If you ask Kathryn and me - we both thoroughly enjoyed the movie.  Jennifer Lawrence is a fantastic actor and the rest of the cast are very good too.  The plot is a bit thin, but it is a beautifully made film with some stand out moments.  However, if you ask Jonathan - he'll tell you that it was three hours he'll never get back!!!  I will tell you that the cinema was packed with teenage girls - and they loved it!

Sorry this turned out to be such a long post - but I had to explain why I didn't get to look at all the wonderful creations over Waltzingmouse PJ Party - I'll be checking in later today.  Kathryn and I are off to have massages this afternoon - a nice girly time together!  See you tomorrow!

Love the cake!!!!!
We were also glued to the Dr yesterday. Nothing was going to move us....Brilliant!
Mawgan went to see Catching Fire and rated it as better than the first film.
Hugs
Buf x

Oh Deborah, your cake looks amazing! And the funny thing is I took my daughter to see hunger games on Saturday too, it finished at 7.20, so I had half an hour to hot foot it home for the Dr Who special! It was like Christmas Day! Can't wait for that episode actually, I think Peter capaldi will be a breath of fresh air!

Wow...what an amazing cake! My daughter would go nuts if she saw this. She spent Saturday watching Dr. Who all day, so much fun.