.....  Good morning!  I hope you're all enjoying a good weekend.  Kathryn is away at her friends for a sleepover.  Her friends are twins and are celebrating their birthday this weekend.  Kathryn asked me to make special cards for them both - one likes Dr Who (doesn't everyone?) and the other likes Batman.  So I had lots of fun making them these cards.

The first is the Batman themed card. 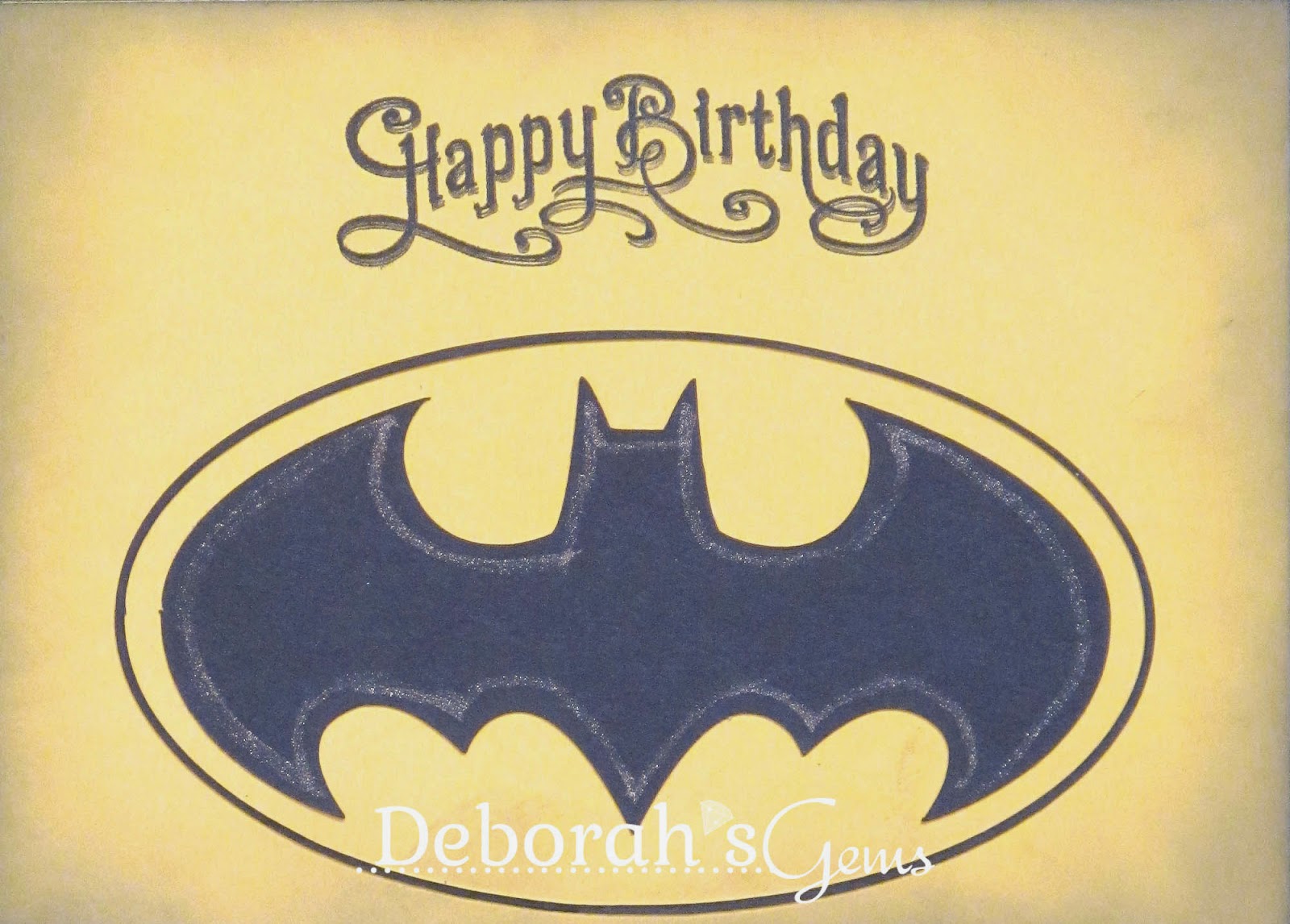 When Kathryn asked for a Batman card, I had to really think about it.  I have lots of Halloween type bats, but I knew that she wanted the "proper" Batman logo.  Then I remembered that I had the logo in my selection of cut files for the Silhouette Cameo.  This is only the fourth time I've actually used my Cameo (a situation which I'm going to fix).  It was so easy to find the image, set it to the appropriate size and then send it to cut!  I cut some yellow card, adhered it to the card base and distressed the edges with black ink.  Then it was simply a case of adhering the logo and a bold birthday greetings - which I over stamped several times to give a slight offset shadow.  On the inside of the card I cut a mat of yellow and used the negative space of the cut file and stamped a greeting inside. 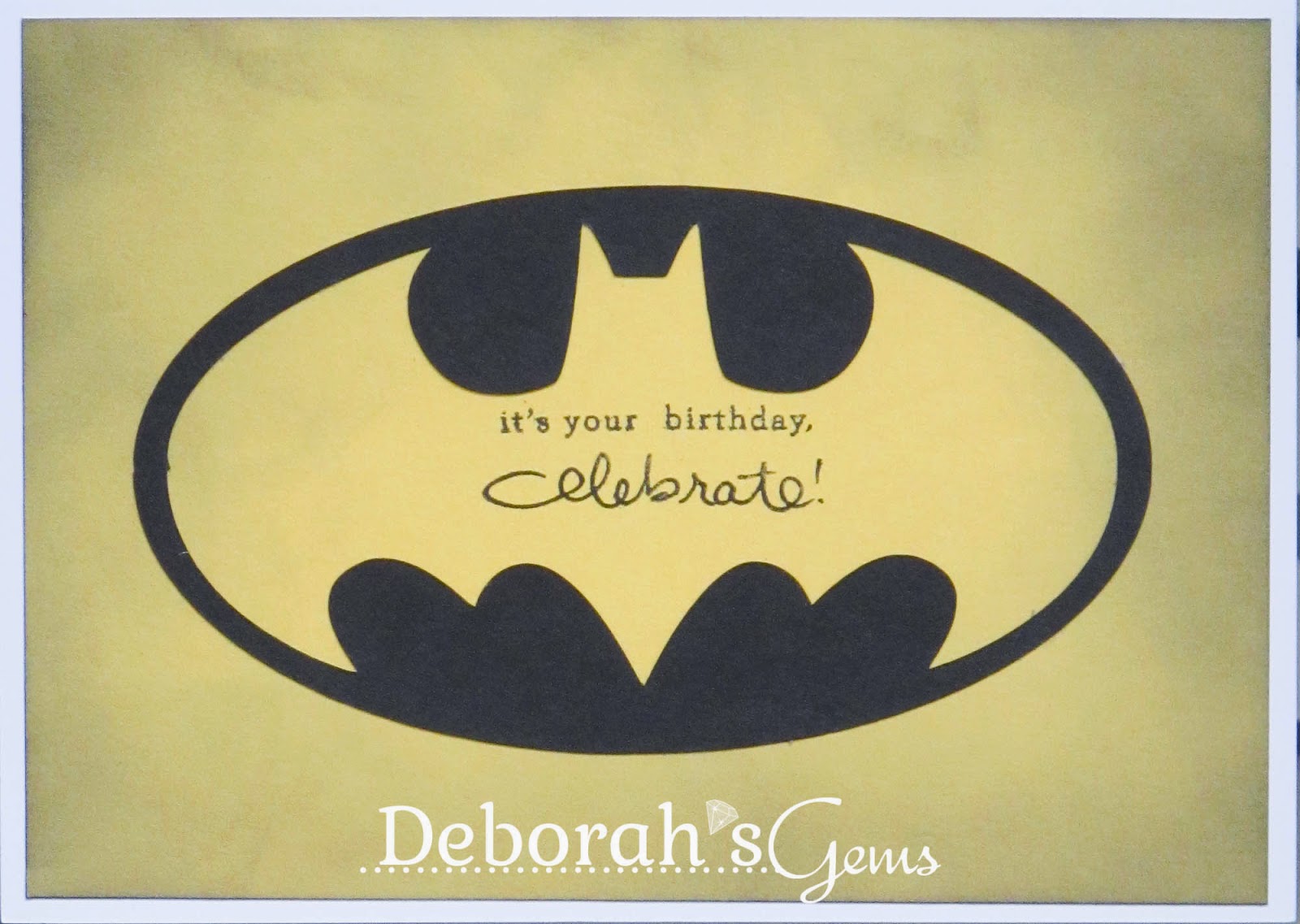 The next card has a Dr Who theme - in this family we are big Dr Who fans, so this wasn't difficult at all! 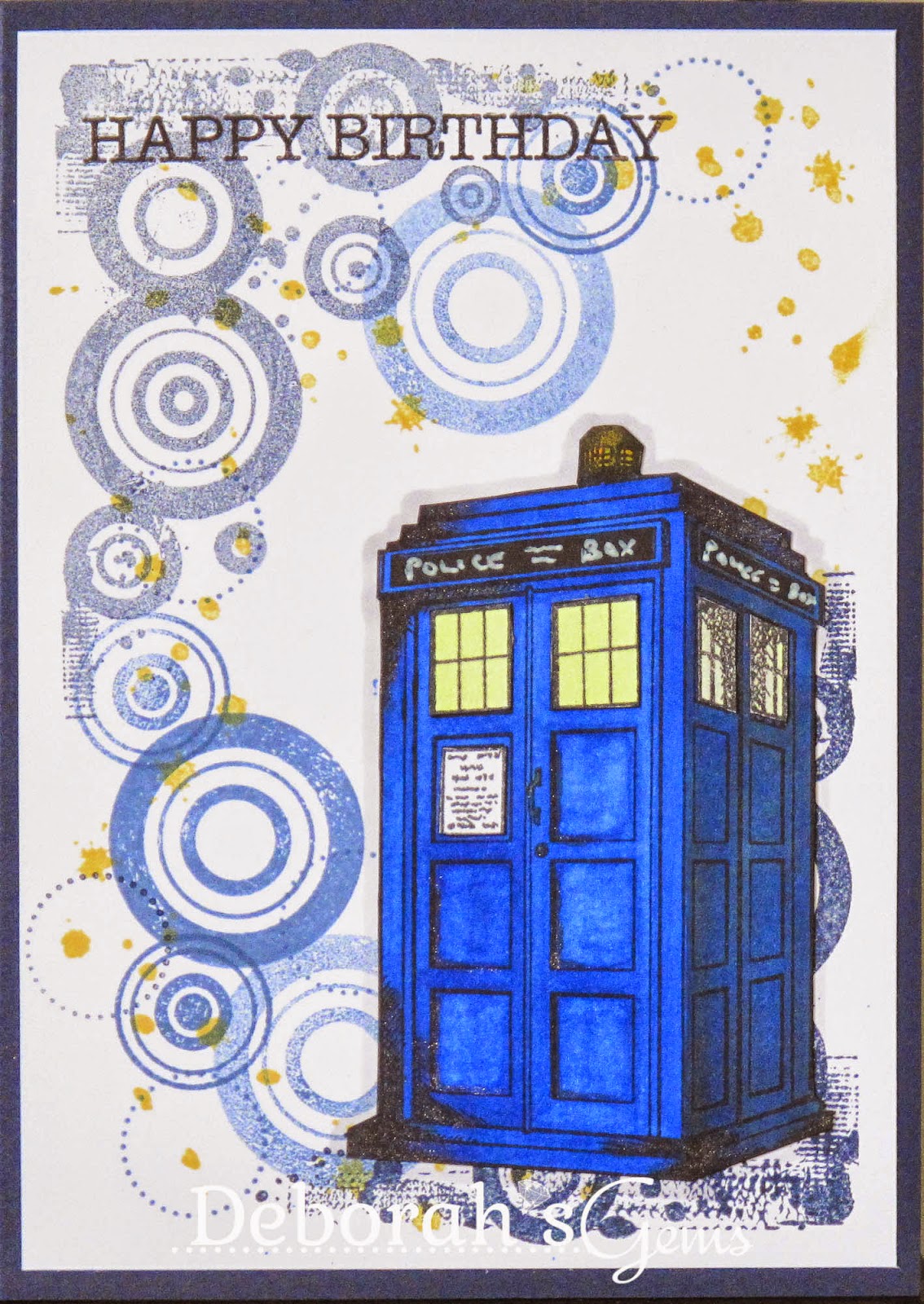 I had so much fun colouring in the Tardis.  I used lots of the tips that I picked up while doing the Online Card Class - Copic Markers for Cardmakers.   I coloured the whole Tardis in light blue, then added some darker blue shading.  I used a grey marker on the shadow side - I love the effect that this gives.  I stamped another Tardis, coloured the windows and cut them out.  I used a white marker to add the writing around the top of the Tardis.  I added a touch of sparkle to the Tardis using a blue Wink of Stella brush.  I stamped the background to look a bit like Gallifrian symbols (see below).  I finished the front with a simple greeting.  On the inside I cut a panel of white card and adhered a big bow tie (from Matt Smith's incarnation of The Doctor) and a birthday greeting. 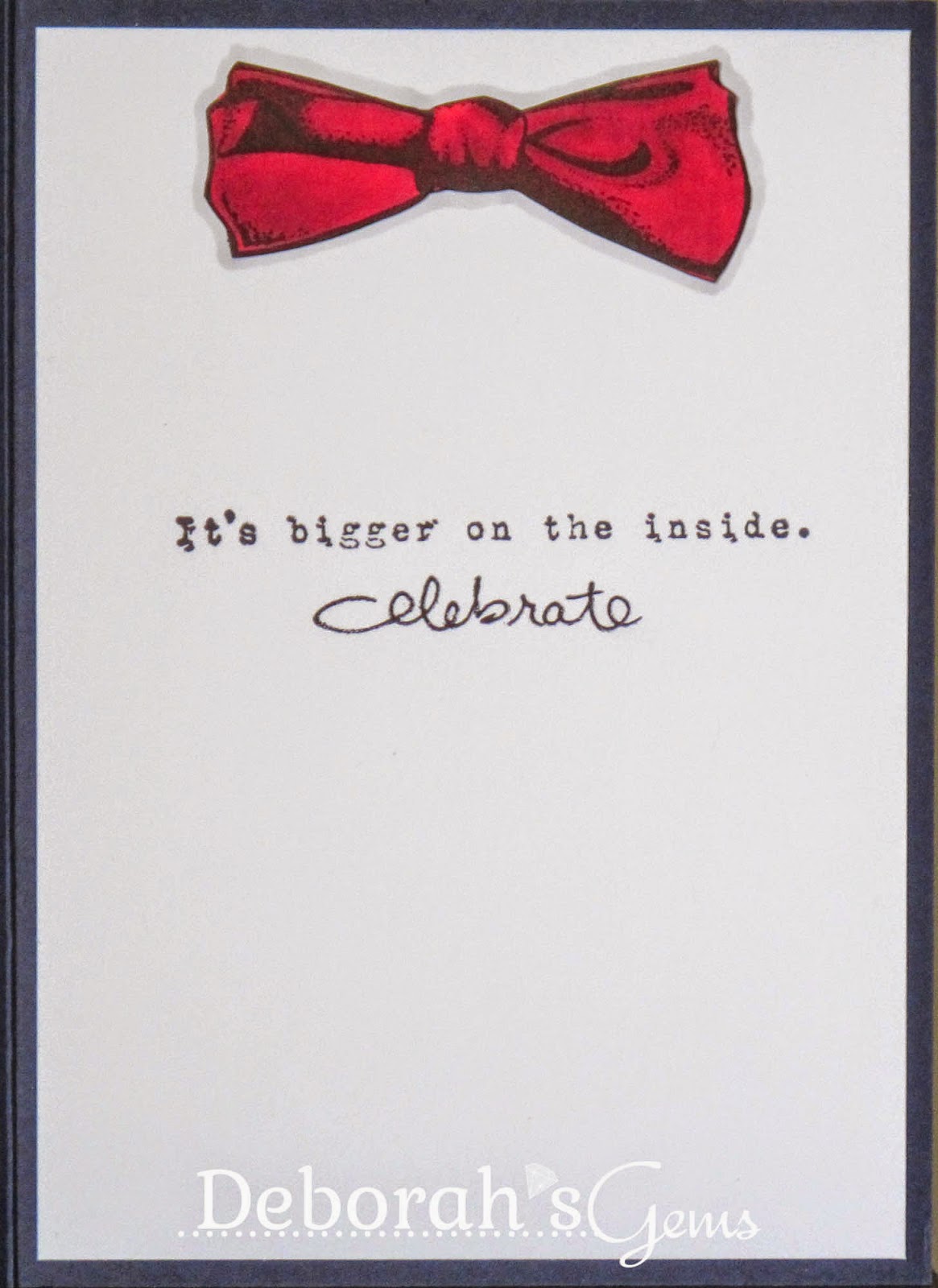 I hope that Kathryn's friends like their very individual birthday cards!!  Below is a photo of some Gallifrian symbols from inside the Tardis (the new version).


I have most of the day to myself - so I think I'm going to be playing in my craft room!  Jonathan is off out to a photo shoot and I'm not expecting Kathryn home for ages yet!!  That's all for now.  See you soon.

Fabulous creations!! I love that batman card! My son used to love this when he was younger! :) Love the fun masculine birthday design too!! Hugs & Smiles - *Vicki*
My Blog: Stamp Smiles

Both are so Personalized and so FAB! Don't know what a tardis is though! LOVE your fantastic coloring and shading!