.... It's been a busy morning doing household stuff - had to go out and get some food in - it is still so, so cold!  Fortunately it's only a short run from the car to the door of the shop!!  And once in the warm I decided to play.  But I don't have any card to share with you today - I've been playing with photos instead.

I told you yesterday that Jonathan and I were going to the Auto Show - it was such fun.  Tuesday was Photographers' Day which meant that we were able to get in the show an hour early.  So much easier to get photos without lots of people about!  I took many, many photos almost twice as many as Jonathan!!  I'm on  huge learning curve and thought this would be a great opportunity to play.

I've gone through some of the photos already and have uploaded them to Flickr if you click on this link you'll see photos from our first circuit of the show, and this link goes to the dancing girls - at the VW Beetle stand they had a small disco!!  I've included a few photos here: 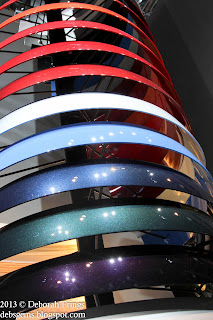 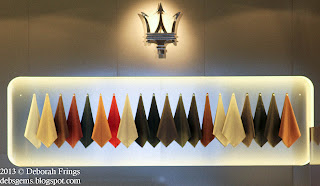 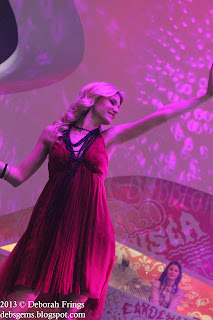 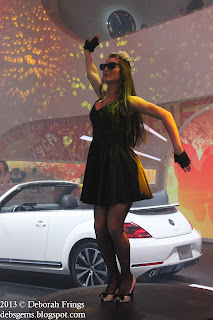 I'll be back tomorrow and I should have a couple of cards to share with you.

Those are cool - and you look great in that hot pink dress! lol! I love the first one - the stripes of metallic colour. My dad lives in London Ont and drove to Detroit for the show on Tuesday - did you seem him? lol!

Oh how FUN to go to the auto show! Did you get any of the new Corvette? My DH would LOVE to see that!

Wow you got some great photos Deborah! Love the ones with all the colors. Its always fun to go and walk around and just take a look. I am hoping to go to CHA in Anaheim at the end of the month.

You've been having fun Deborah! I loved your ice festival photos in the last post and these are gorgeous too. They make great inspiration photos for cardmaking too! We're all shivering away in the UK but the temps where you are make ours seem like a heatwave! Keep warm! Vicky x

All I want is a Maserati. I should think that the car mags will be coming after you soon. Your photos are brilliant.