... this week at 52 {Christmas} Card Throwdown - 52CCT21-13 we have an embellishment challenge for you.  We would like you to use Baker's Twine on your cards.  Now, I have to admit that I've not really got on board with Baker's Twine, so much so, that I had none!  Fortunately my local craft shop has reels of the stuff and sells it by the yard - I now own a couple of yards of lots of Baker's Twine!!  Here's my card: 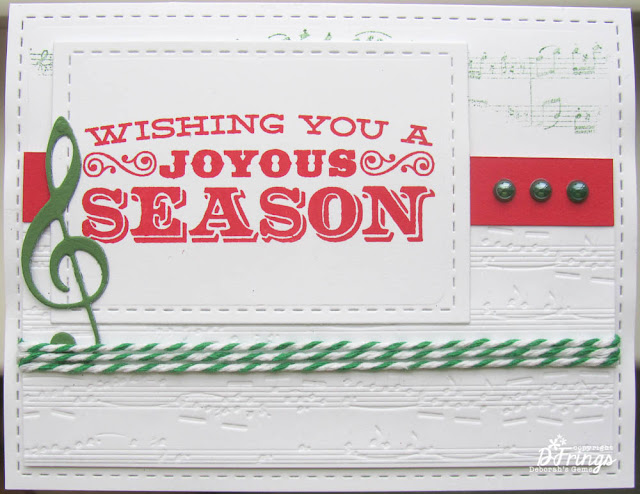 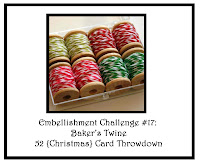 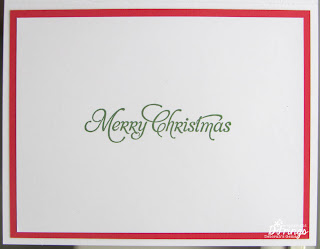 I used the sketch layout from the current Mojo Monday Challenge - MOJO294 - it's been a while since I joined in this challenge.  I used my Lil' Inkers dies to cut the stitch pattern in the card base and for the small white panel.  I decided to go for a musical theme on this card and used my PTI impression plate to emboss a panel of white card, trimmed it to size and wrapped some green and white Baker's Twine around the card.  I adhered the panel with dimensional tape.  I added a strip of red card above and stamped a somewhat distressed musical background.  On the smaller white panel I decided to use a bold sentiment in red and finished off by adding a small treble clef in green and some tiny green pearls.  I think it's pretty close to the MOJO sketch.  For the inside I kept it really simple with a red mat and white panel on which I stamped a simple sentiment in green.

Now that I've got some Baker's Twine I might have to come back and make another card with the stuff!!  Don't forget to check out the inspiration cards from the rest of the Design Team.

Monday is Memorial Day in the United States; a federal holiday that honours the men and women who have died and served in the United States Military Forces.  The whole weekend has parades and events to celebrate the day.  We're going to be in Frankenmuth - also known as Michigan's Little Bavaria!!  There's a lot going on this weekend - Balloons over Bavaria (hot air balloons), an event for dogs and several cycling races.  And there's also Bronner's "the world's biggest Christmas shop", or so they say!!  So many photo opportunities - provided, of course, that the weather is okay!

That's all for now - have a great weekend.

What a fab Christmas card Deb, so much texture, and a great use of colour and white space!

Lovely Christmas card Deborah and like who youve used your bakers twine...

Love the white with tradtional red & green colours - the embossed music looks super with the stamped music & I love the way the treble clef is in green to tie in (oops!!) with the twine. I think your green pearls on the red is a masterstroke of tying it (oOUCHH) all together.
Paula (PEP)

Gorgeous card Deborah! I love the music note and the embossing. Baker's twine is kind of addicting once you start using it - so much easier than ribbon sometimes :o)

Deborah, this is beautiful. I love that sheet music embossing too, so perfect with your sentiment and music note. Lovely card.

Hi Deborah - I love the stitching around your card, it goes with the twine so well. The embossed and stamped sheet music are fab together too.

So pretty Deb! Love the big music note and the twine treatment! Hope you have a great holiday weekend!

This is a wonderful clean & layered card! The traditional red and green look terrific against the crisp white. As a band mom, I totally love the musical theme.

And applause to you for "taking one for the team" and going out to get the twine! :) I really like the shade of green you have here.

I love this card Deborah, the white is so crisp and there's the fab festive pops of red and green! Love the musical theme too!
Ruth x

I love the green twine and the musical theme to your Christmas card. I also love the music note embossing! 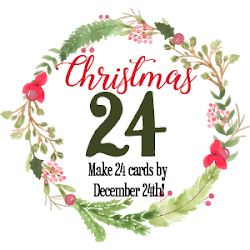