....  Good morning!  This is my fourth attempt at making a card for this week's challenge at Less is More - LIM#196, where the team would like us to make a Christmas card with non-traditional colours.  Here's my take: 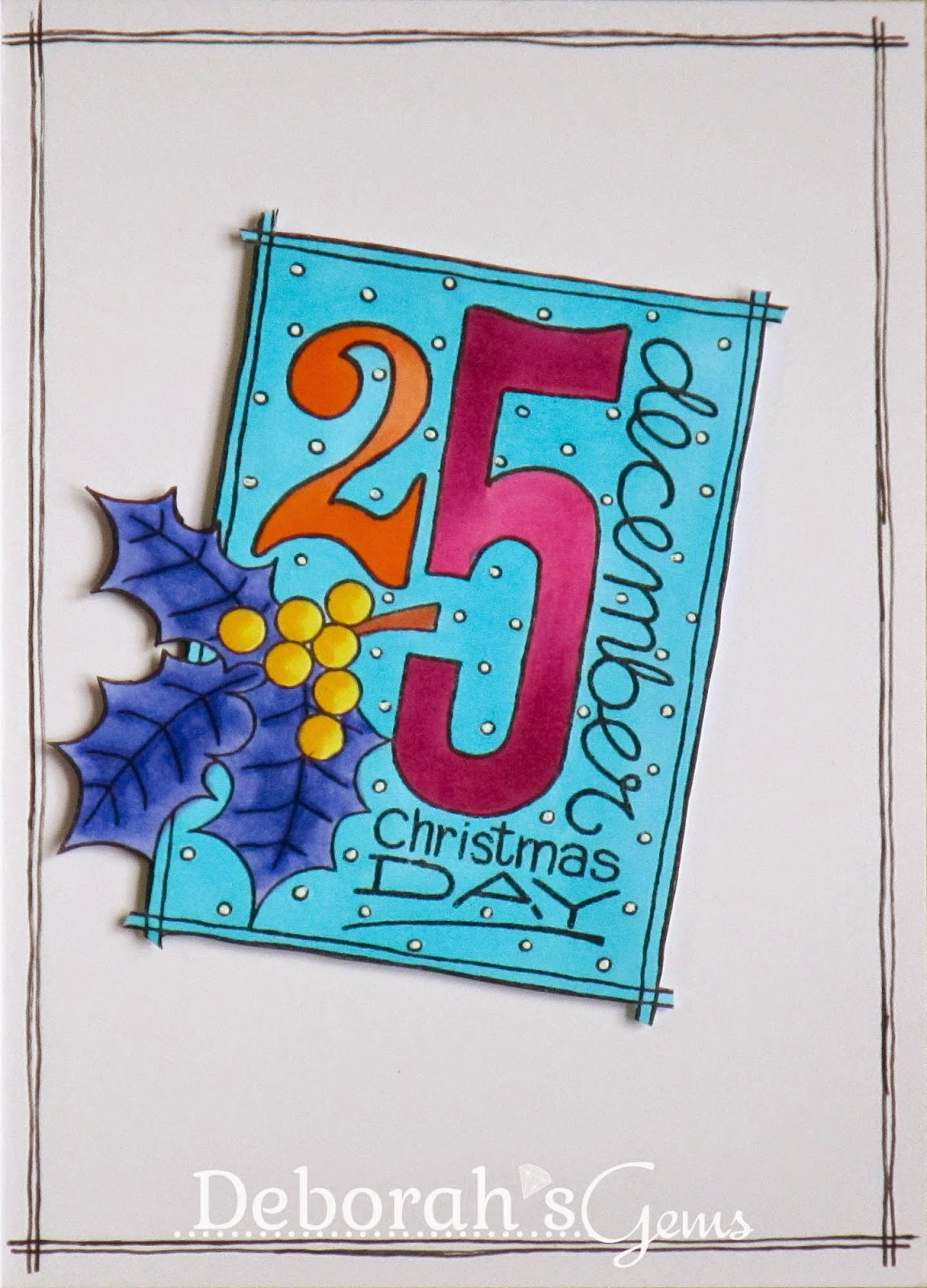 Why is this the fourth attempt?  Well the first attempt was the card I posted on Monday, it's certainly non-trad colours, but includes lime green!  The second and third attempts are images that I coloured earlier this week, only realising at the end that I'd added red on one and green on the other!  Silly me!!

I CASEd Kath's card (she entered our 52CCT stash challenge), I really liked the stamp she used, so I got it.  Instead of Kath's traditional red and green, I went wild with colour.  I used Copic markers to colour the whole image.  Initially I used the colourless blender to remove the blue from the snow, but it wasn't very clear, so I used my white pigment pen to colour the snow.  I cut it out, edged it with a black marker and adhered it to the card with dimensional tape.  Before attached the image, I drew a frame by hand, to echo the frame on the image.  On the inside of the card I cut a mat layer of turquoise card and stamped a simple sentiment in orange on the white panel. 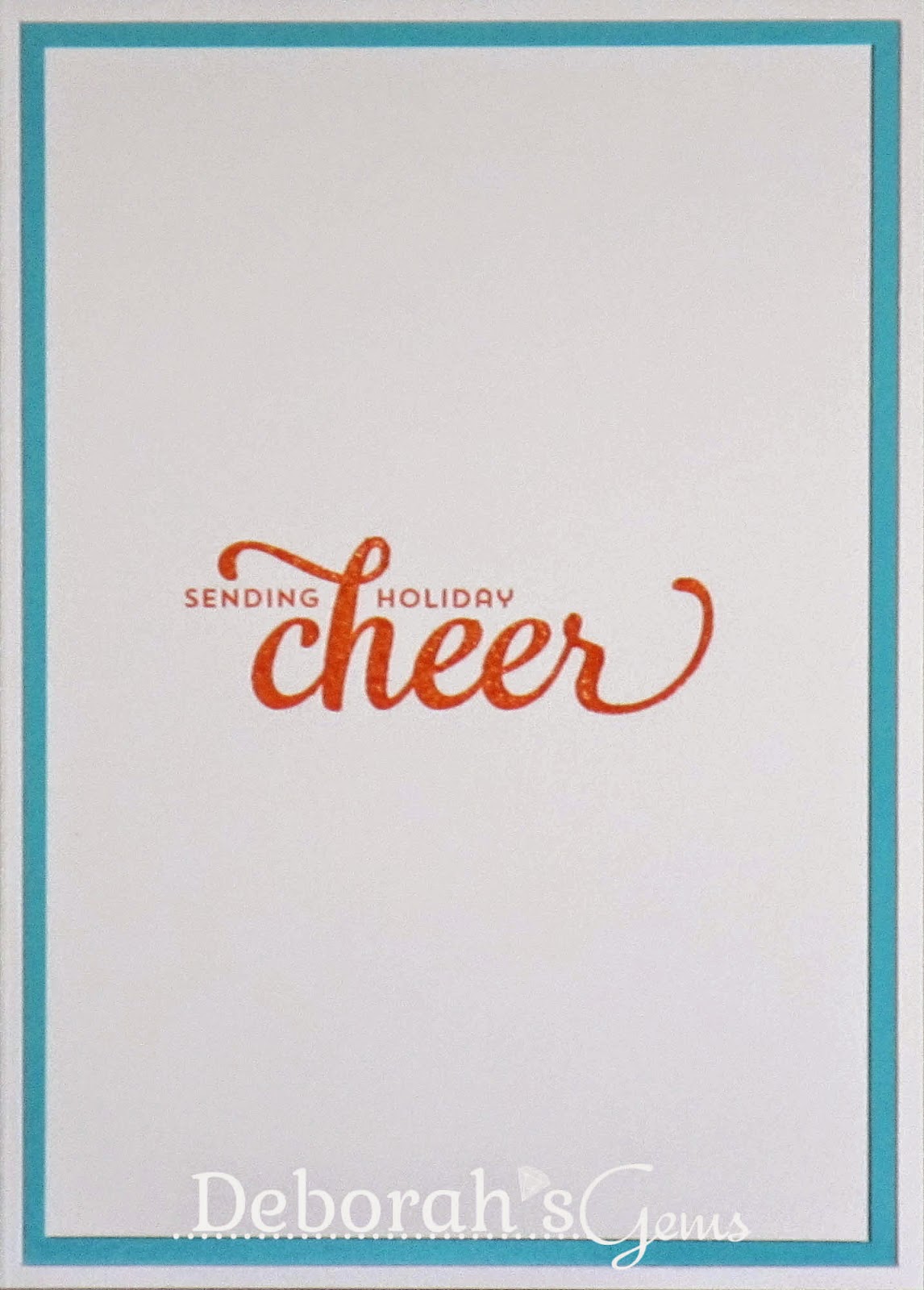 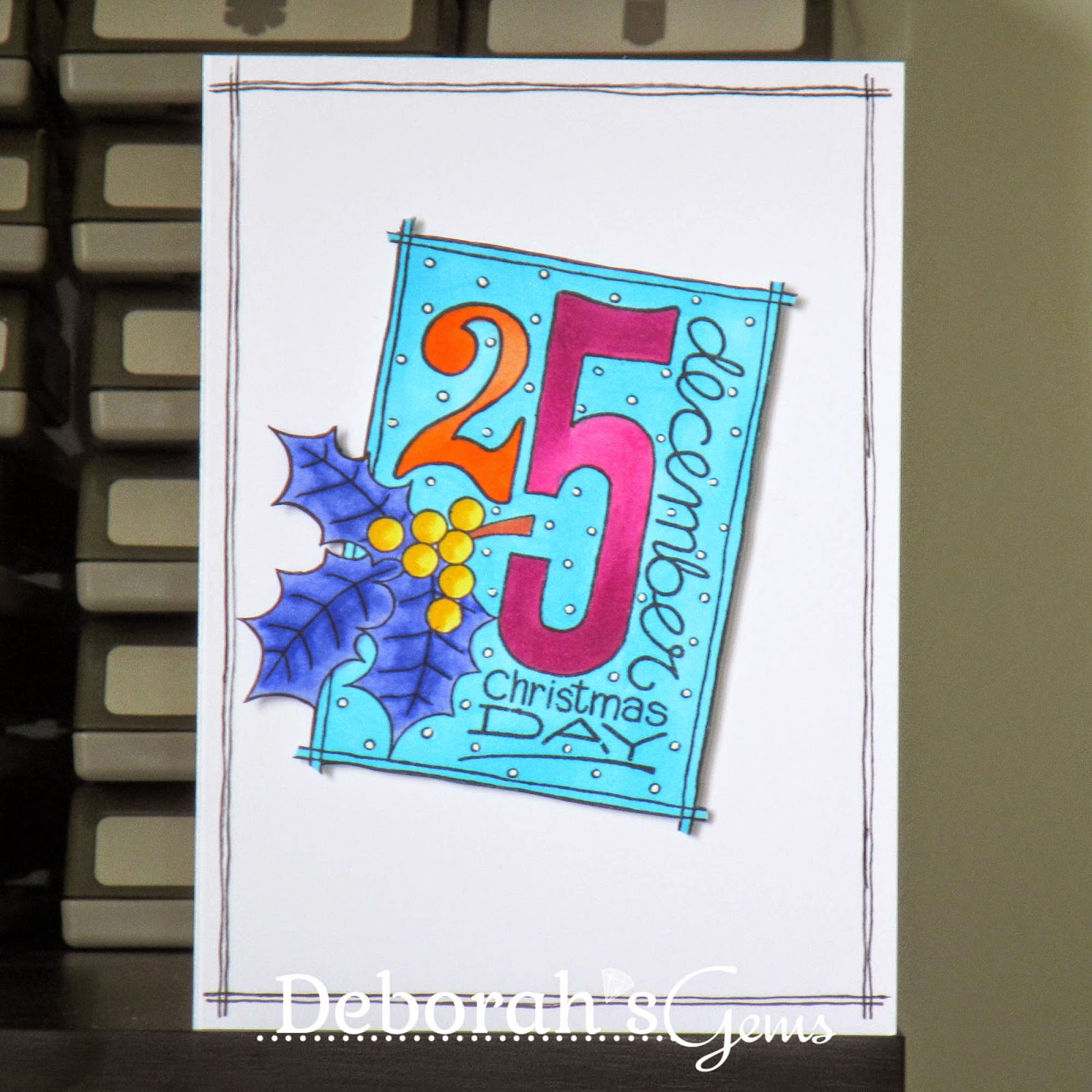 Not only have I been busy with card making, but I've also been editing photos from shoots that I did earlier this year - much earlier!!!  I'll share a few photos soon.  That's all for now - see you soon.

Oh I do love that stamped image Deborah and WOW what fantastic striking colours. They are simply yummy.
Thanks so much for sharing and taking part.
Sarah xx
Less is More

Super stylish card Deb, love those bright colours!
Sorry to be so late commenting this week, thanks so much for your LIM entry
Anne
Less is More Designer

I don't know how I managed to miss commenting on this last week!
This is really jolly Deborah, love those zingy colours
Thanks so much
Chrissie
"Less is More"