... Hello, good morning!  Do you believe in fairies?  I do hope so as I've a fairy card to share with you today: 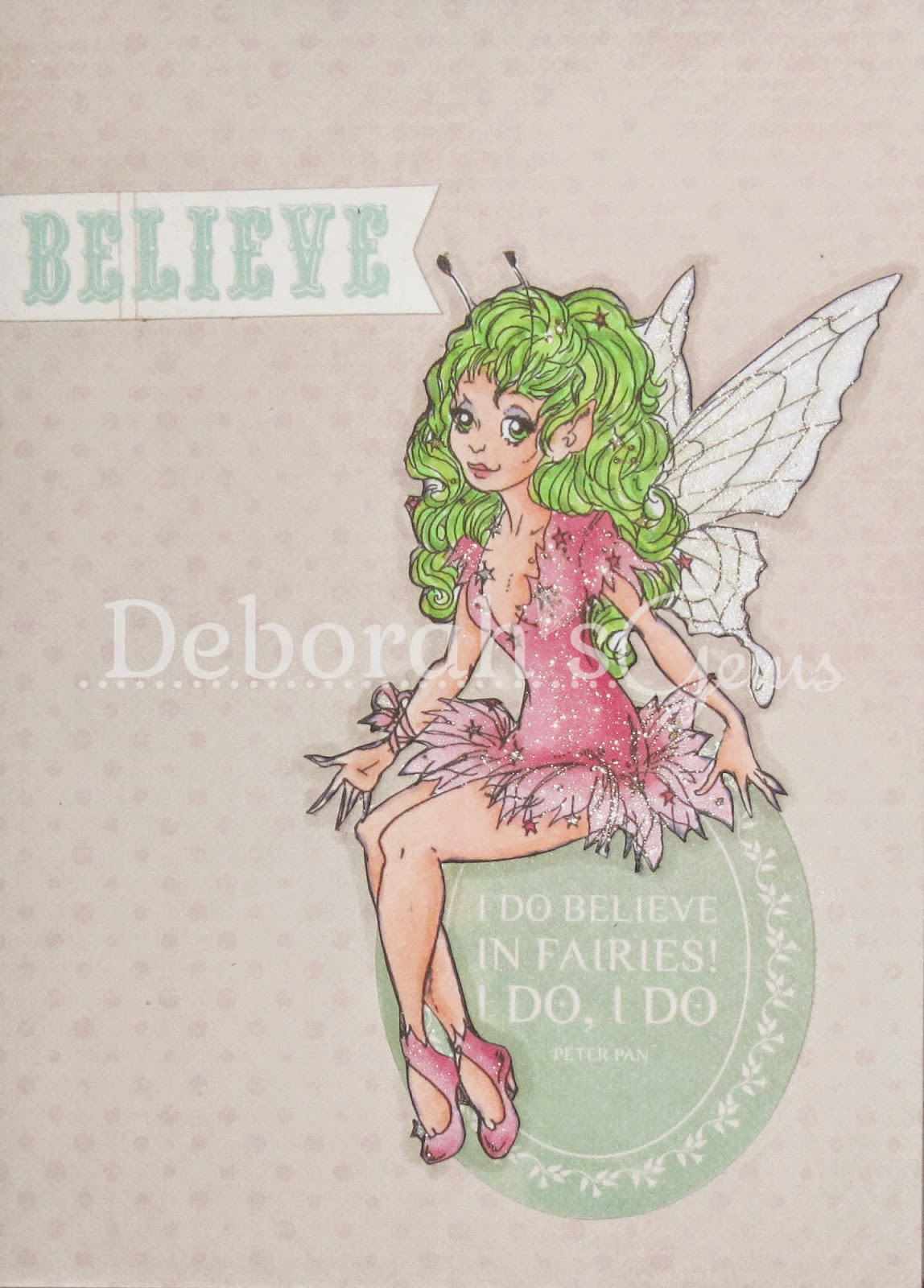 I'm submitting this card to the Left of Center Challenge - LOC#54 where they have a theme to use polka dots and also to Not Just Cards - NJC#6 where the theme is anything goes, but must use a digi image.  Isn't the fairy just gorgeous?  Rick draws fabulous images - you can get her at his Zibbet shop.  I coloured her with Copic markers and added lots of sparkle with Wink of Stella - you can really see it in the photo too!  I used my X-Acto knife to cut out the tiny spaces on the inside of the image and then used scissors for the rest, sadly I cut off the little stars that came from her shoes, but I couldn't save them.  I covered the card base with this pretty pink polka dot paper from Kaisercraft.  In the same pad I found the quote from Peter Pan and decided to have her sitting on top!  I finished the front with the sentiment from the embellishment pack.  I edged her with a copic marker to give a shadow.  On the inside I cut another piece of design paper for the mat and on the white panel added another sentiment from the pack. 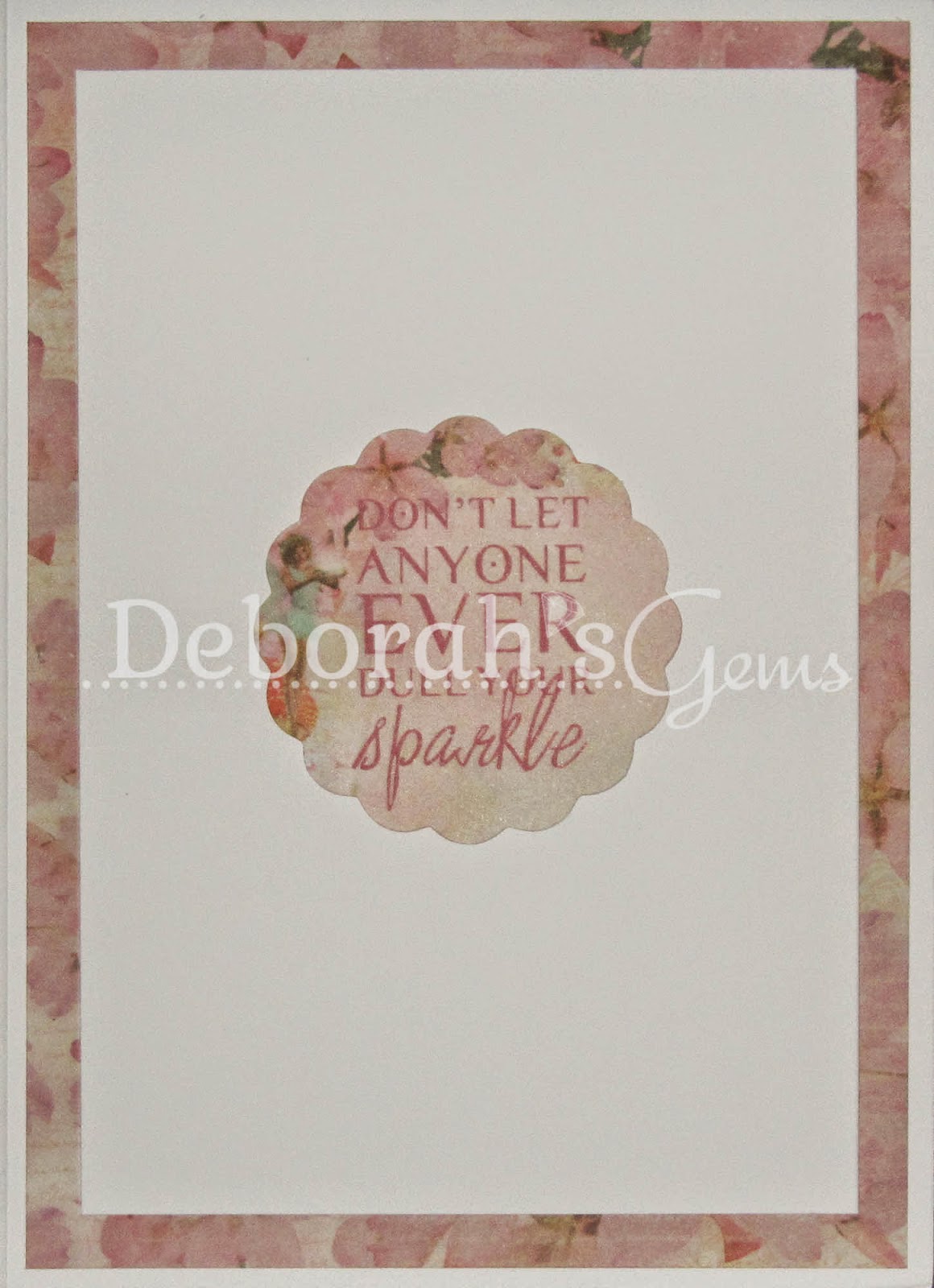 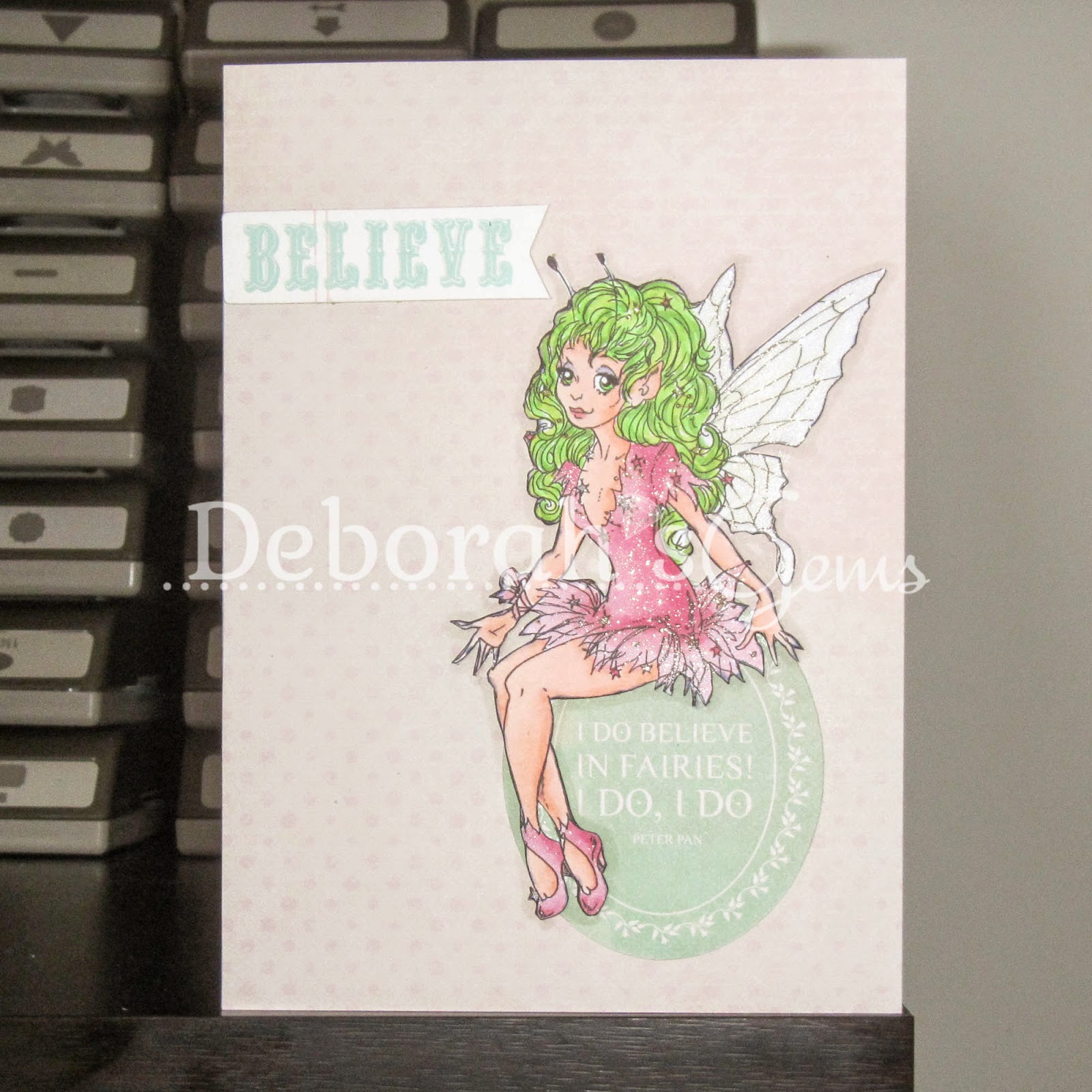 I put this card together yesterday morning while waiting for Ben's plane to arrive in Detroit.    I coloured the image a while ago, so the card came together really quickly.  I found a website where we could track the progress of Ben's flight - it arrived earlier than scheduled, which was good for Ben and Sophie.  They got through Immigration and Customs quickly and we were back home by just after 2.30pm!!

They had a very busy first day here as they took Kathryn to see Black Veil Brides in Royal Oak.  The queue around the theatre was huge and some of the kids had been there all day in temperatures just at freezing!!  While Ben, Kathryn and Sophie went to the show, Jonathan and I had a lovely evening.  We found a wonderful Indian restaurant, Moti Mahal, and had the best Indian meal since we moved to America!  We'll be going back there.  After that we went to the cinema to see Interstellar - this is a fantastic movie - we were both completely taken up with the story and totally lost track of time.

I'm not quite sure what our plans are for today.  As I type this Jonathan and I are the only ones up!  The kids are all exhausted and still asleep.  Hopefully we'll get out later and make the most of what promises to be a lovely, if cold, day!  Enjoy the rest of your Sunday.  Bye for now.

This is fabulous Deborah - such great colouring and she really sparkles!
Tara

Love all that bling and gorgeous green hair! Thank you for joining Left of Center, good luck.

You make a believer out of me, Deborah! This fairy is utterly gorgeous and I especially love her shoes!! Enjoy your beautiful Sunday with the family! Hugs, Darnell

Very pretty. Thank you for joining us at Not Just Cards this week. Hope to see you back here again soon. Judy DT

This is so pretty Deb, I have this image too and yet to colour her up!

She is adorable, love the colours you chose. Thank you so much for joining us this week at Not Just Cards Challenges Good luck and We hope you'll join us again soon.
Zoe x
Handmade with lots of Love


Great card. Thank you for joining our challenge at Not Just Cards Challenge Blog.
Kat, DT