....  Hello!  Time has got away from me again!!  I've been doing house stuff and watching the football and tennis (but more of that later).  Today I've got a fun card to share with you: 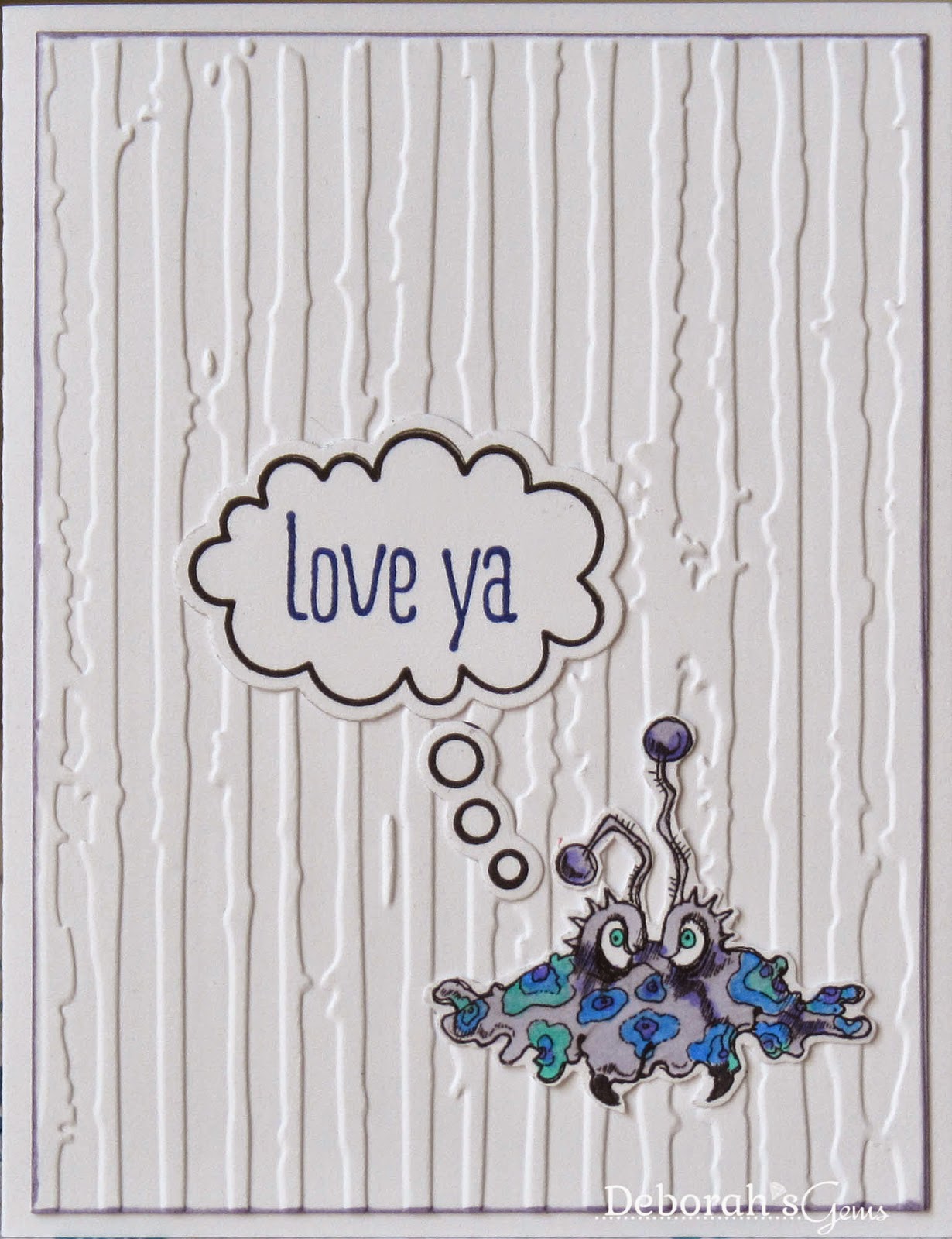 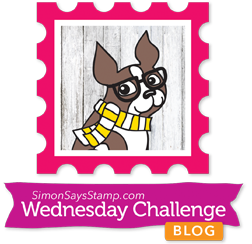 I saw the sketch at CAS(E) This Sketch! - CTS#82 yesterday and immediately knew what I wanted to make.  A card for my little monster, to be fair Ben's not that little any more, however he's still a bit of a monster.  But he's my monster and I love him to bits!

I recently discovered the art of Rick St Dennis - he has a wonderful collection of digi images for all occasions and I bought the Aliens & Mutants sheet which includes the cute guy above.  I printed it on white card and coloured with Copic markers, then cut him out and ran him through my Xyron to make him self-adhesive.  I cut a panel of white card and embossed it for some texture, adding a touch of colour to define the edge.  I want Ben to know that no matter how far away he is, I love him.  I made the thought bubble using the Just Sayin' set - I changed out the sentiment to fit what I wanted.  The inside has been left blank for a message from me.  I'm submitting this card to the Rick St Dennis Facebook Challenge - Anything Goes and also to the Simon Says Wednesday Challenge - Anything Goes.

I mentioned earlier that I'd been watching the football World Cup.  England has already gone home, so as I'm living in the US I'm supporting them.  Yesterday USA played Germany in their final match of the group.  The first half was really good and USA were holding Germany, but sadly Germany scored in the second half.  The final score was 1 - 0 to Germany, but as the group stage goes on points and goal difference - USA are through to the final sixteen.

I'm also being distracted by the tennis at Wimbledon.  There have been some really good matches and it is really lovely to see Wimbledon.  We have really good coverage here, better than I expected.  It's been a while since I actually went and watched matches there, but maybe when we go back to the UK that's something we'll do.  There was a really good match today between Petra Kvitova and Venus Williams, sadly Venus lost in three sets: 5-7, 7-6, 7-5.  There's plenty more to come!  That's all for today - see you tomorrow with my cards for 52 {Christmas} Card Throwdown and also Waltzingmouse Fanatics.  Bye for now!!

Hi Deborah :D This card is great, I love your little monster and his lovely cool background, totally, wonderfully CAS
I'm enjoying the tennis too, we have another week YAY!!! :D Gay x

I had to come by for a closer look, Deborah. Your colouring of the image is fabulous. Love the subtle edging of colour on the embossed background. Great design!

Such a cute card, love the wonderful background texture. Thank you so much for joining us in the Anything Goes Challenge over at the Simon Says Stamp Wednesday Challenge Blog this week :)

I love how you layered the sentiment and image over the textured background! Great take on the sketch!