..... Morning! It's time for my weekly Seven Hills Craft post. Today I have a special card, one that was requested by my daughter Kat. Her best friend, Rachel, turns 21 on 18th September, the day after Kat is 20!! Where does the time go? Anyway, Kat and Rach, like most kids these days, like to play games on the X-Box and Play Station. Kat asked me to make a card for Rach based on her favourite game Overwatch and the character Widowmaker. This is what I made: 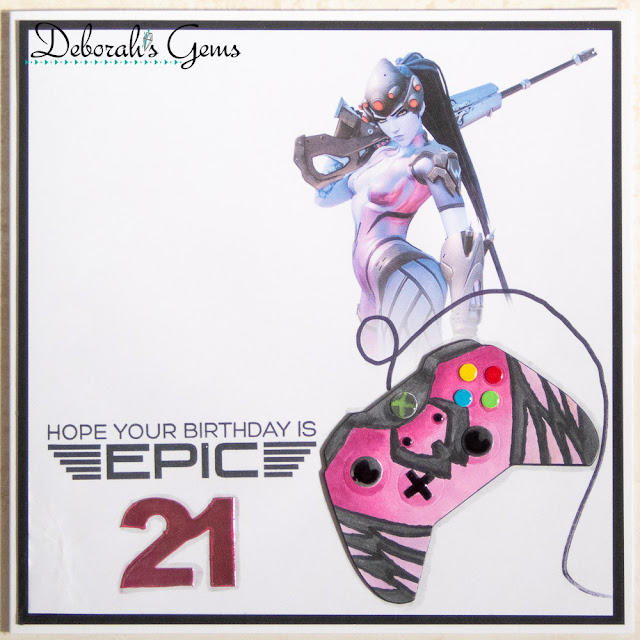 Stamps: MFT - Level Up; C&9 - Yay for Birthdays
Inks: Versafine Clair - Nocturne; Gina K - Bubblegum Pink; Memento - Lulu Lavender
Dies: MFT - Game Controller
Accessories: White & Black Card; Copic Markers; Glossy Accents; Number from stash; Widowmaker Image from Internet
I made a large 8" square card. I printed the Widowmaker image in best quality on good quality printer paper and adhered it to a black mat layer. I stamped the sentiment towards the bottom left corner of the panel and added a 21 number which I found in my stash. I used Copic marker to colour the number to match the image. The fun part of this card was making the game controller. I used the large game controller and cut it and all the little buttons from white card. I found a 'Overwatch' controller image on the net and used that as a guide for colouring. I adhered the little buttons to the controller and then added glossy accents for some shine. Once it was all dry, I cut two more controller bodies in white card, adhered them together and added the coloured one on top. I finished the front of the card by drawing a controller cable freehand with a black marker. Inside the card, I cut a mat layer of black card. On the white panel, I stamped a large 'Yay!' in pink and purple, and added a couple more sentiments in black. 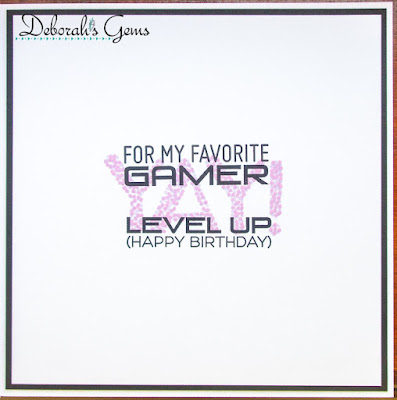 I also took a photo of the game controller so that you can see it in more detail. It was a fun project and Kat is delighted with it. Hopefully, Rach will love the card too. 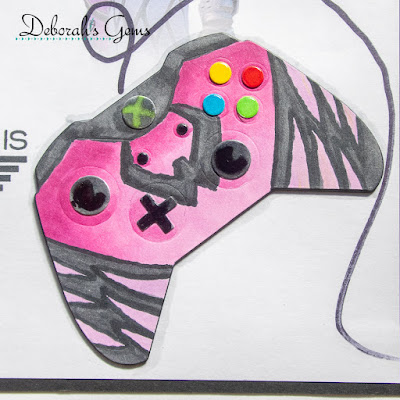 That's all from me for now. See you again soon.

WOW! Deborah, this is one modern and fabulous card.
Faith x