.... Hi!  Do you remember the book Rainbow Fish by Marcus Pfister, about a fish with beautiful rainbow coloured scales?  And do you remember the film Splash, starring Daryl Hannah and Tom Hanks? Well my card is based, in part, on both the book and the film.  Here's the card: 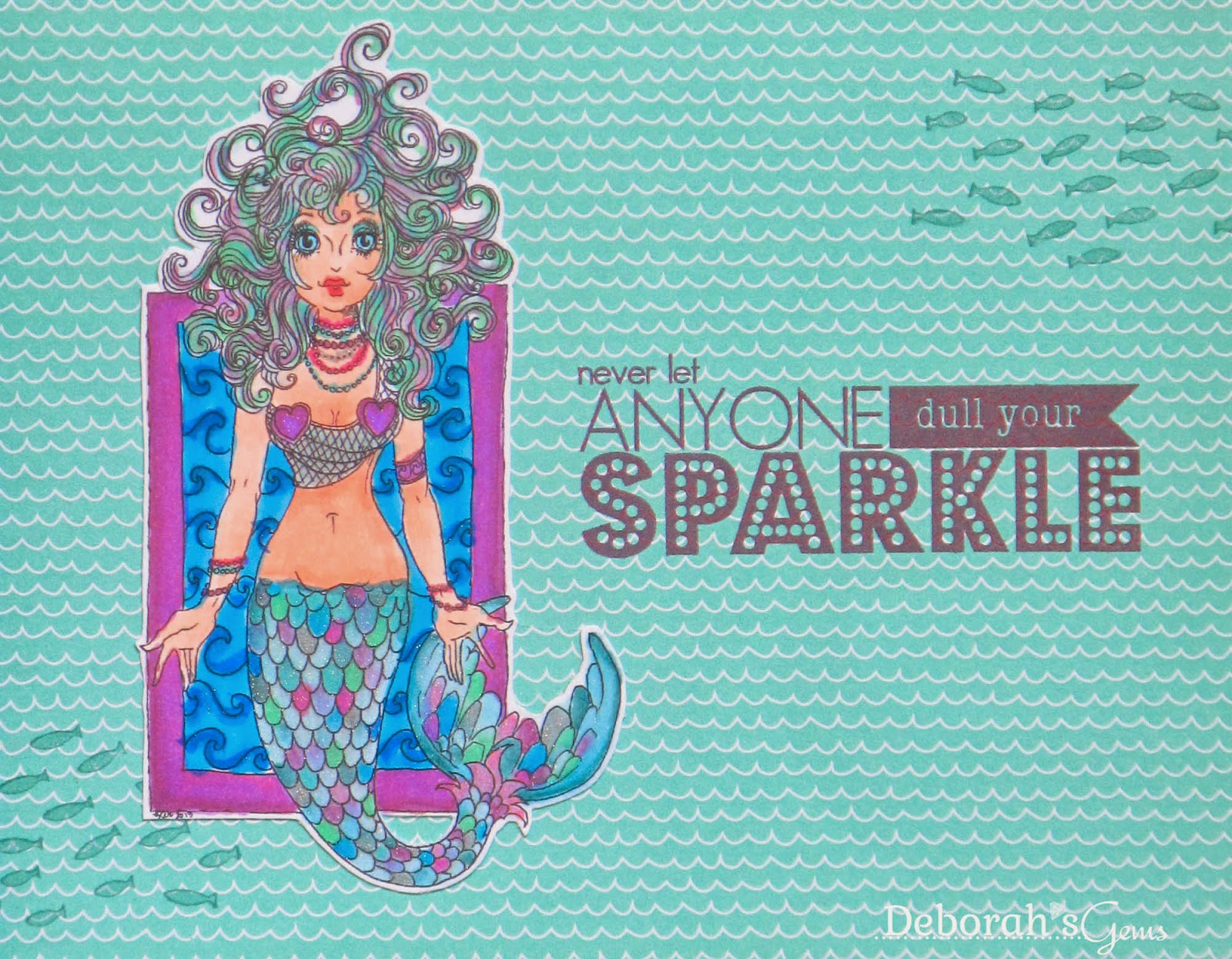 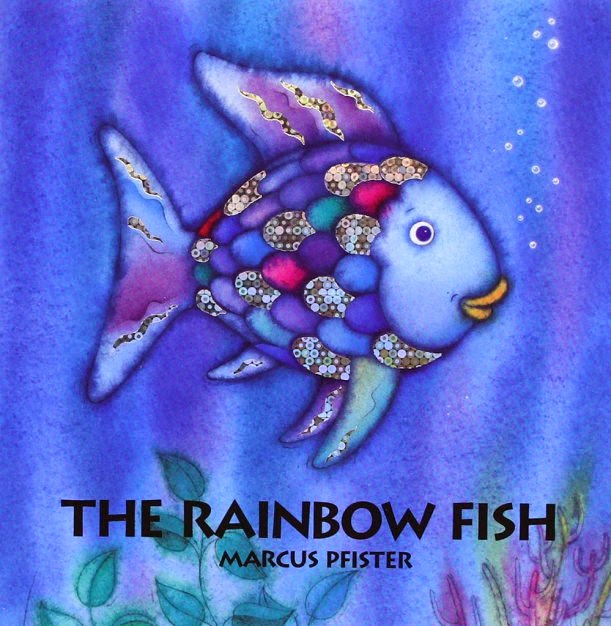 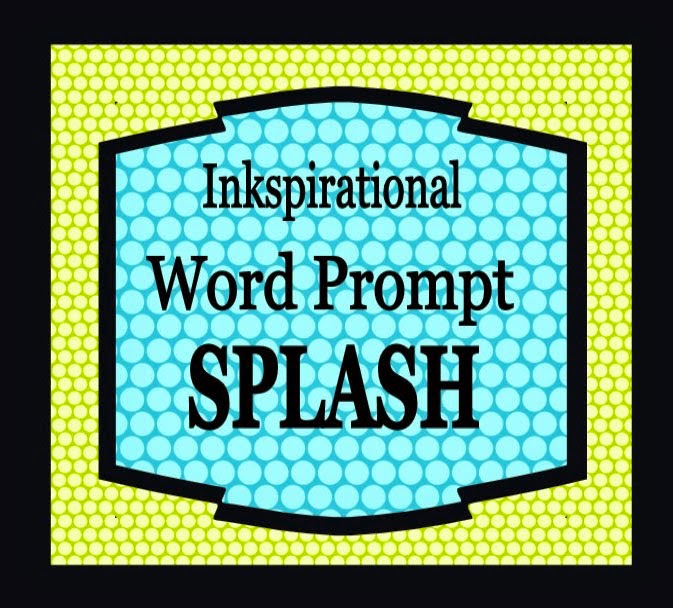 Over at Inkspirational - INK#61 they have a word prompt for us - SPLASH.  As soon as I saw the word I was reminded of the film Splash about a mermaid - it was such a fun film!  On Rick St Dennis's Facebook page there is a challenge to use one of his mermaid images, so I'm submitting this one.  I printed off this wonderful mermaid and set about colouring her with Copic markers.  I mentioned the book Rainbow Fish - well the colouring for her tail was inspired by that little fish and his beautiful scales.  I used a number of colours and then blended them all with a very pale aqua pen.  I added some silver scales and a touch of sparkle with my Wink of Stella brushes.  I coloured her hair to co-ordinate with her tail.  To make the card I covered the base with this lovely paper from Stampin' Up! - creating the sea.  I added some little fish and a bold sentiment.  On the inside I cut a mat layer from the design paper and on the white panel, I stamped some more fish and an octopus.  There is no sentiment, just space for a message. 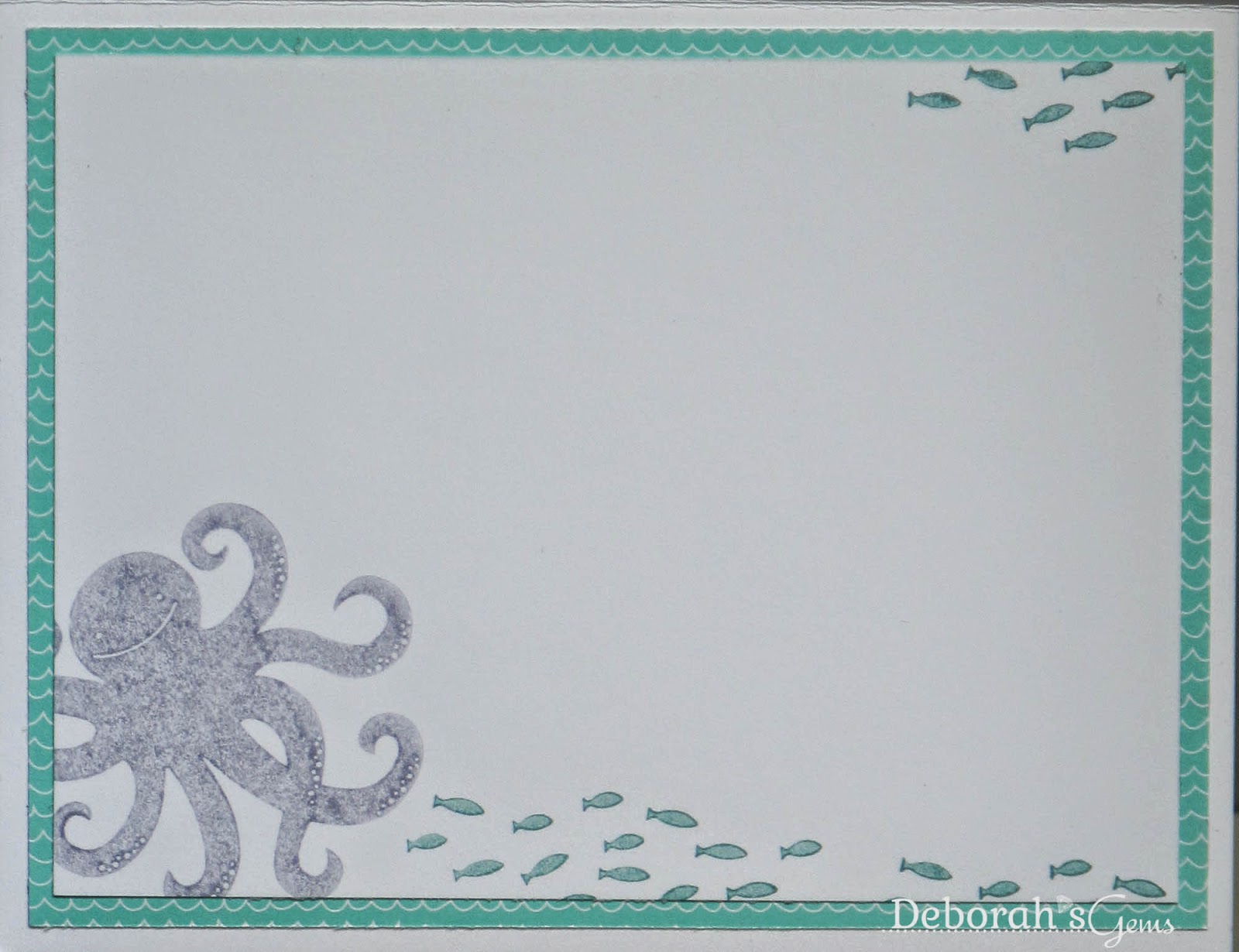 I took a close up photo of her tail so that you can see the shimmer and sparkle, as it doesn't show up in the photo of the whole card. 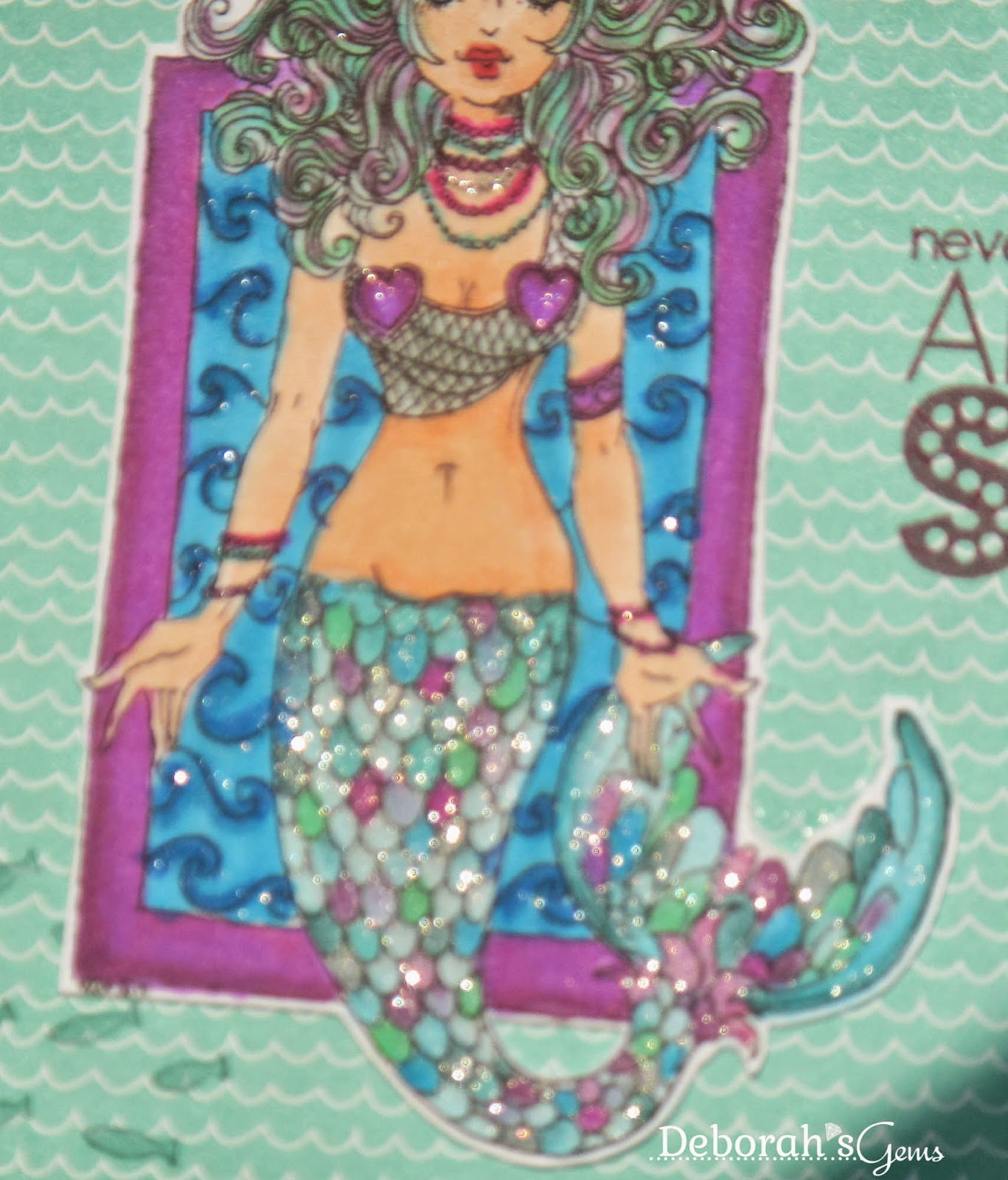 I'm a very lucky girl!  I got a new computer delivered last week and I've been busy setting it up - you know, transferring photos, documents, etc and adding the programmes that I use.  It's almost done and later this week, I have to dismantle this PC and replace it with the new one.  It has a much bigger memory - good for all the photos - and a lot more RAM too which will make editing so much quicker.

That's all for today. See you soon.

Lovely card Deborah, lovely colours on her tail, very pretty! This is one image I don't yet possess!!

Drawing inspiration from The Rainbow Fish: brilliant (and such a delightful book!). Your mermaid is absolutely gorgeous with the beautiful colours and shimmer. WOW! Thank you for sharing your 'splash' inspired card at Inkspirational Challenges!
~c

Love the glittering look on the mermaide and great movie inspiration.
Thank you for sharing with us at INKspirational Challenges. Would love for you to join us again next time :o)
Pia